A story of give and take...

There was once,…
and not too long ago (today) there was a great and beautiful kingdom shining between continents. The special thing about this magnificent and proud empire was that it was not governed and ruled by a monarchy as usual, but that a few large alliances with brave warriors shared responsibility and government equally. So the thought of resentment and jealousy could never arise and everyone felt needed and, to a large extent, that they belonged.
But of course, this oh-so-well-blessed kingdom was not infallible or even trouble-free.

Wherever there are people with different opinions, views and lifestyles, friction and misunderstandings arise. Of course it's hard to please everyone and so rules have been set up over the years that everyone has to follow.

Of course, free will has always counted, but to survive in a community aiming for a growing kingdom, one must adapt and compromise for the greater good.

A small premise for the future has now been clarified as follows.
In this above kingdom, evil monsters tyrannized the villagers, lurking throughout the forests to ambush the residents of the golden kingdom.
Therefore, the alliances hunted these monsters together to keep the population as low as possible.
The monsters had plenty of resources to upgrade the castles, so hunting them was of great benefit. Brave warriors of an alliance gathered for the Alliance War to hunt down these rewards together and to be able to grow together. The great warriors of an alliance did not hunt alone although they were superior to the monsters, but also took the smaller and weaker members of their alliance on the hunt to profit together.
Unfortunately, the picture was clouded again and again by people who preferred to go hunting alone and did not want to share. That alone isn't bad, but there were some who intentionally hunted each other's monsters, jeopardizing the rewards of an entire alliance.
This greatly angered some alliances, so the following rule was enacted for adjustment and for the greater good of the community:
"No one shall from now on deliberately steal the monster from other attacking troops"
Of course, it can happen that two alliances meet while hunting monsters, but it doesn't happen often and it can be resolved quickly.
But whoever stands out on purpose in the future and is warned in the world chat and shows a selfish, rebellious and stubborn behavior must be taught that this is a game of many and not of a single one.
Provocation will not be tolerated, the big ones will continue to protect the small ones and will not endanger the peace for the sake of 1 person.
No one is entitled to a specific area, the monsters rotate over time, the alliances hunt at different times and different sizes of monsters, so finding enough by yourself shouldn't be a problem.
One can very quickly distinguish between intention and accidental.
And so, in order to keep the peace and joy of the kingdom, I ask you to accept this rule and integrate it into everyday life from now on. This is a given for most of the kingdom's inhabitants, perhaps a limitation for others, but for all, it is the norm. 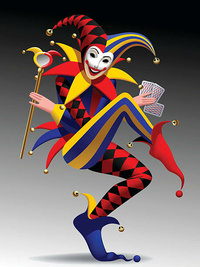